Next week, on June 15th, the torch will light up the opening ceremonies at the Illinois Summer Games in Bloomington-Normal. GOOD LUCK, STARS!  Do your best, have lots of fun, and make us proud!

Libertyville Stars athletes and coaches accompanied the officers, as the torch passed through downtown Libertyville. 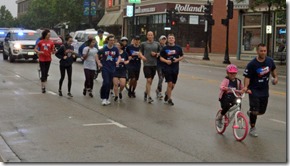 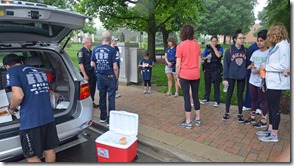 Coach Stan Williams and Charlie also supported the Illinois Law Enforcement by stopping in to thank police officers at three other stops close to the northern border of the State, on another route of the Torch Run. The photo above was with the Lake County Sherriff’s Department at Beach Park, IL. 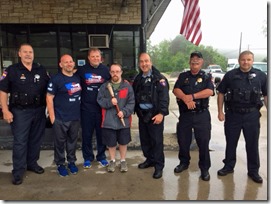 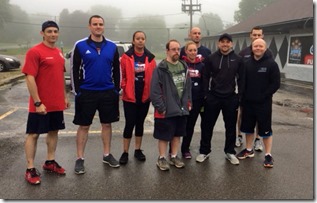 Charlie at the state line, and with the Zion group of runners. 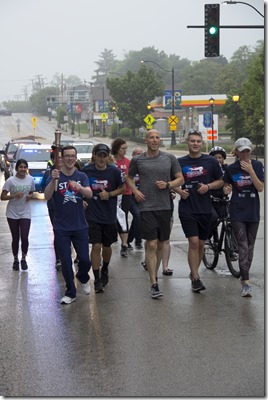 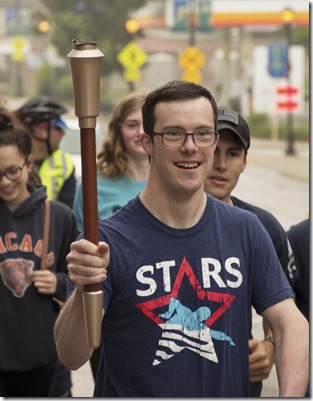 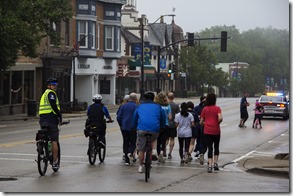 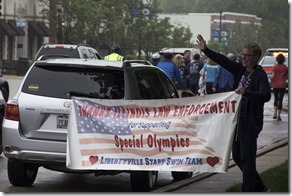 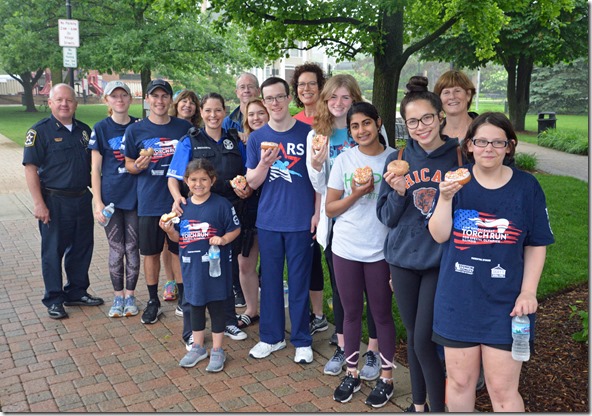 The Stars were honored to have Libertyville Police Chief Clint Herdegen and former Chief Pat Carey join us. 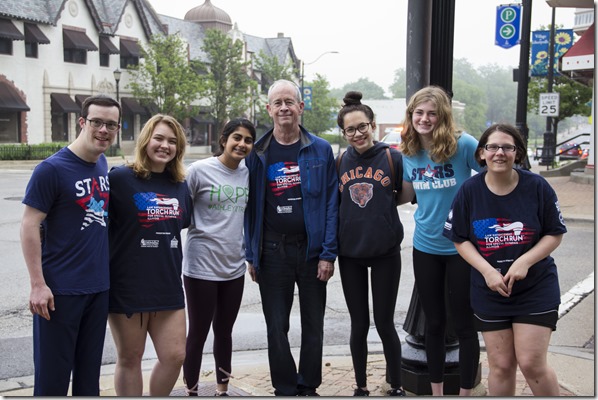 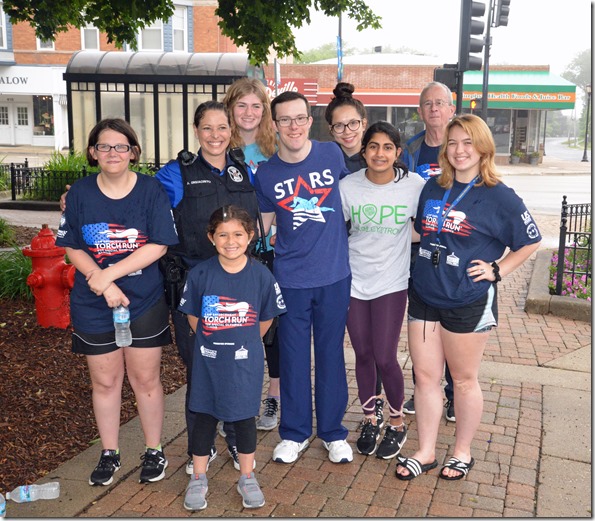